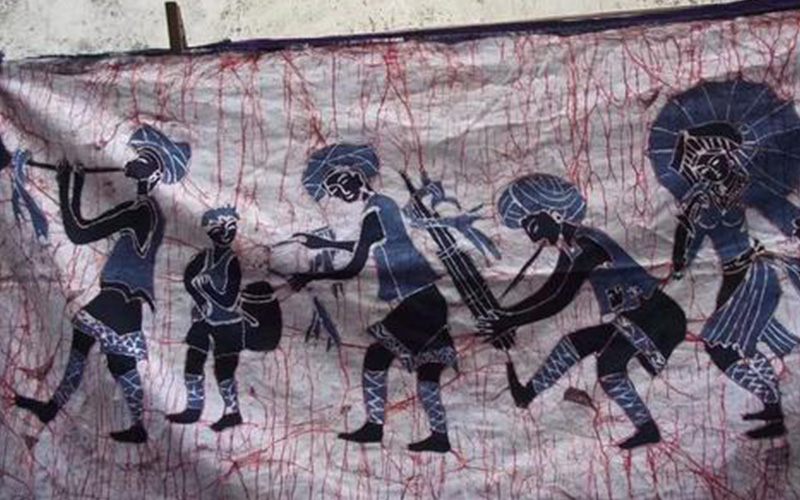 Tie dye has a long history,originated in the Yellow River Basin,China.The date of its origin is uncertain,according to records,as early as in the Eastern Jin Dynasty(408 AD),the knot of anti-dyeing silk has been produced in large quantities.


The tie-dye technique was mature as early as the Eastern Jin Dynasty.At that time, there were simple small clusters of flowers, such as butterfly,wintersweet and begonia.
There are also the whole pattern of tie dyeing,such as "fish roe valerian" with small white dots, "agate valerian" with larger dots,and "deer embryo valerian" with white purple spots that resemble sika deer,etc.

During the Northern and Southern Dynasties(420-589 AD),tie-dye products were widely used for the clothing of Han nationality women.


In the Northern Song Dynasty(960-1127 AD),the tie dye products were very popular in the Central Plains and the northern areas. 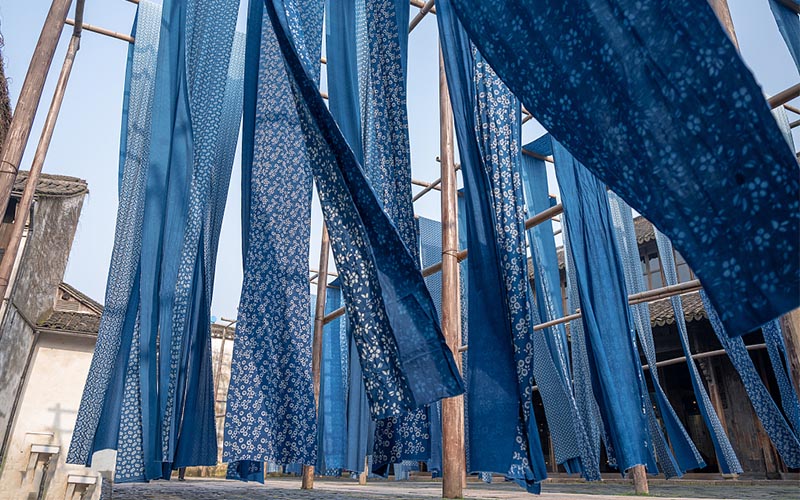 Airing The Fabric After Dyeing

The Tang Dynasty was the heyday of ancient Chinese culture, and the textiles of tie dyeing were very popular and more common. In Tang poems, we can see that the popular dress of women at that time was to wear "green and blue tie dyeing garment" and "floreted flowers and grass shoes".

Tie Dye silk with exquisite pattern was widely popular in the court, and "Qingbi tie dye dress" became the basic fashion style of the Tang Dynasty.

After Japan and spread to China's Yunnan, because of the rich water resources in the Yunnan-Guizhou region, the climate is mild, so the ancient tie-dye technology settled there.

By using of tie-dye techniques,the fabric is full of changes than before,with both simple and robust primitive type, and the changing and flowing modern beauty,with the beauty of Chinese ink painting charm and magical hazy beauty,tie-dye clothing is based on national culture, both traditional and modern clothing art creation.
Clamping dyeing, catching dyeing, line series dyeing and overlapping dyeing appear a variety of different grain effect.


The traditional tie-dye technology can be developed from single color to multi-color effect by using the technology of multiple tying and dyeing on the same fabric. 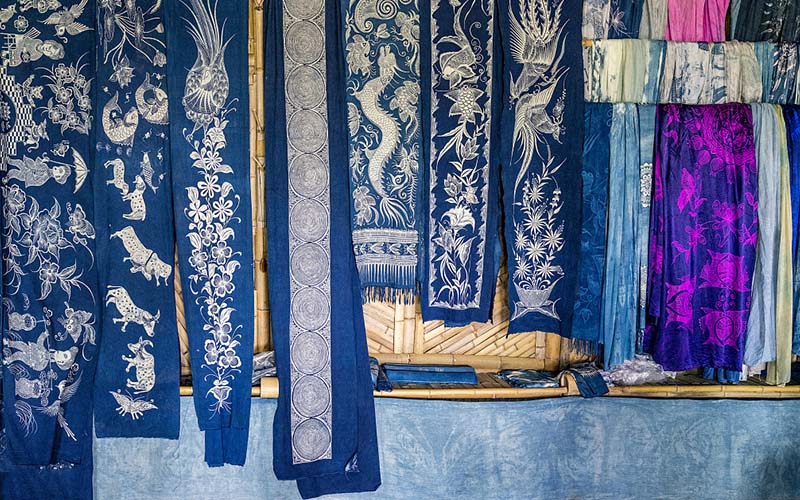 More Pattern and Color in Ming and Qing Dynasty

During the Ming and Qing Dynasties,tie dyeing skills reached a high level, and the Dyeing Cloth Association came into being.Erhai Wei red cloth of the Ming Dynasty,Xizhou cloth and Dali cloth of the Qing Dynasty were all famous best-selling products.

By the period of the Republic of China, home tie-dyeing was very common, and towns such as Zhoucheng and Xizhou,which were famous for the density of tie-dyeing workshops in one household,had become famous tie-dyeing centers in whole China. 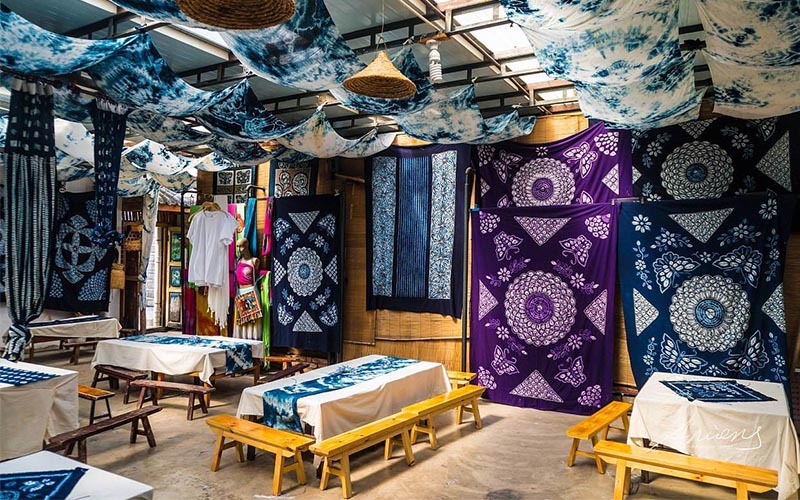 Tie dye shows a rich folk art style,more than 1000 patterns are the epitome of the history and culture over thousands of years,reflecting the people's customs and aesthetic taste. Together with various craft means,it constitutes a charming weaving and dyeing culture.


Dali's dyeing and weaving industry continued to develop,and Zhoucheng became a famous handmade weaving and dyeing village.In 1984,Zhoucheng set up a tie-dyeing factory,which attracted nearly 5,000 women to tie flowers.More than 80% of them were sold to more than 10 countries and regions such as Japan,the United Kingdom,the United States and Canada,the demand exceeded supply. 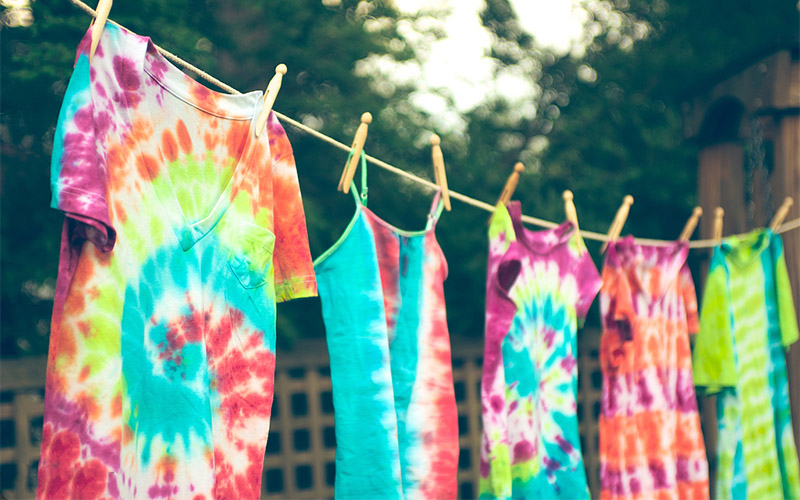 With the influence of globalization,tie dye presents a new round of vitality.More and more people know about this ancient dyeing method,more and more people accept and love it.Therefore,now the tie dye garment become a new fashion trend,the creativity exploded in tie dye field,more tie dye patterns are being made.

We believe the tie dye can go further in the furture,in the whole world,let's hold it together. 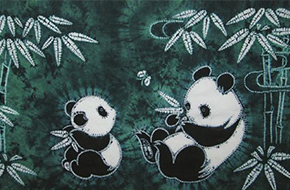 News One: what is the tie dye? 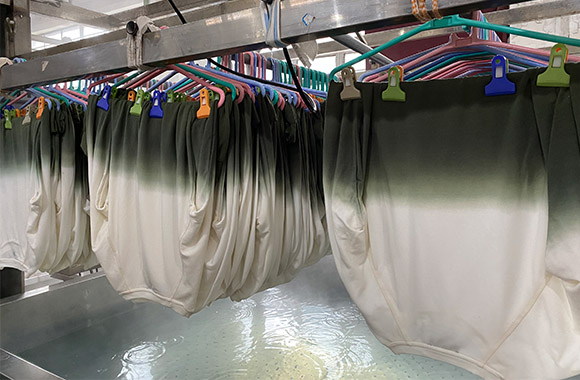 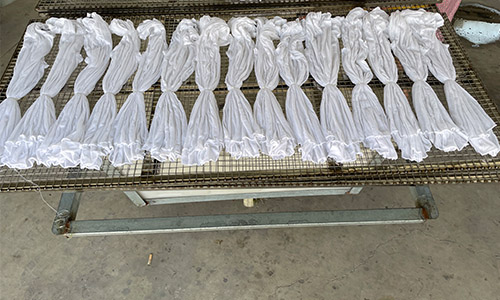 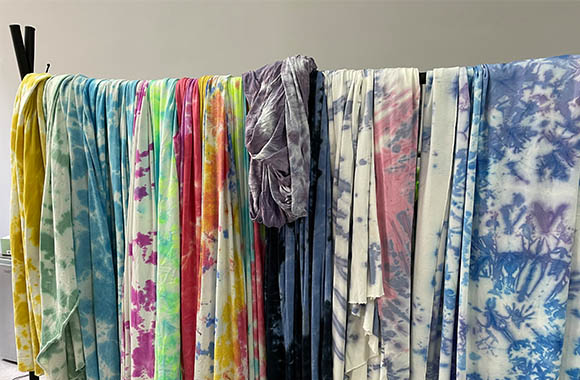 News Five:how to produce the tie dye fabric in quantity? 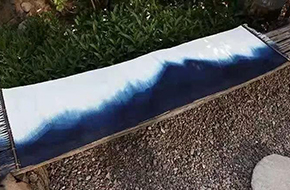 News Two:what is the dip dye? 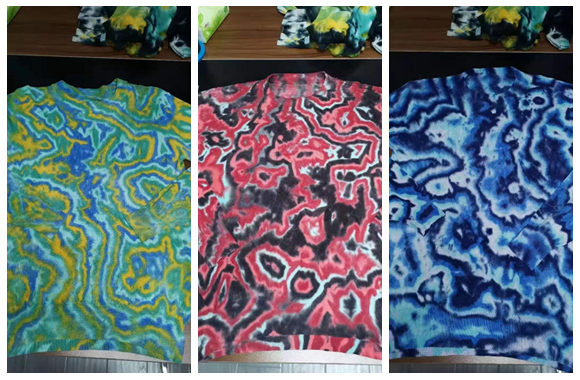